Before working with Deloitte, she was the executive vice president of the Federal Reserve Bank of San Francisco, with overall responsibility for banking supervision. During her twenty years with the Federal Reserve, Schwakopf oversaw community affairs, public information, the corporate secretary’s function, communicating arts, and banking supervision. She was a member of the Executive Committee and the Strategic Planning Committee and chaired the Risk Management Committee. As head of banking supervision, she oversaw all bank holding companies, state member banks, and foreign banking operations in the nine states comprising the San Francisco District with a staff of 300. Before the Federal Reserve, Schwakopf held various positions in commercial banking and savings and loan industries, including finance, loan workout, and internal audit.

Schwakopf serves on the Banner Bank and Banner Corporation board, where she chairs the Risk Committee and is a member of the Nominating and Governance Committee. She is on the advisory boards of Blockchain Capital, a venture capital fund; Blockchain Coinvestors, a fund of funds; and Liquineq, a blockchain-based funds transfer platform. She formerly served on the boards of Bridge Bank and Bridge Capital Holdings (Audit and Risk Committees), Nara Bank in Los Angeles, and Rabobank NA (Audit and Risk Committees). She was a member of the accreditation cadre for the Conference of State Bank Supervisors and a board observer for Solar Mosaic, a crowdfunding site for solar. She was on the Audit Committee of United Way of the Bay Area as a director for nine years, involved in numerous nonprofit organizations, including Go Red for Women of the American Heart Association, the Development Committee for the Bay Area Red Cross, and the International Women’s Forum. In 2019, Schwakopf was named one of Women, Inc. Magazine’s Most Influential Corporate Directors.

She will join the “Policy Profiles” series to discuss her experience in governance, regulatory and risk management. She’ll also take questions from attendees. 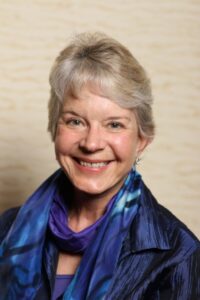